skip to main | skip to sidebar

Just a recap of how the winter had been for India this year ।Intense cold waves blew over the northern part of the sub-continent .Supplies couldn’t reach the Siachen because of the road blockage caused by heavy snowfall .Parts of Himachal and Uttarakhand where people had never seen snowfall experienced it for the first time .We celebrated the coldest new year’s eve in decades. But the winter is over. Strangely enough this year from November the first few weeks of February,we could hardly see any article on climate change or global worming in the newspaper, tabloids or the magazines. There was lone article in ‘DOWN TO EARTH’ on the Bali Summit. It seems that all the great intellectual men who write the articles went to Hibernate along with the polar bears of arctic and the garter snakes of Manitoba but as the summer is approaching, it is bringing with it a tide of articles written by these great men on global worming. The first articles on global worming after cold winter make us feel even hotter and uncomfortable. If we carefully look a chronology of the movies and articles released on these subjects we would discover that all these articles and documentaries were released in the summer time. The Oscar winning documentary by Al Gore was released in the summer of 2005.Well in 2005 we had experienced the hottest summer in decades.

After reading these articles we curse the factories and industries for causing global worming. These articles send alarm bells ringing and bring with them terror, horror and panic and as the summer proceeds they become even more horrifying and terrifing.By the time it’s May and summer has reached its zenith. These articles are good enough to spill the milk out of your nose. They are so scary that they make you believe that an apocalypse is not far away.

By the ides of March the first articles on global worming had started to appear. The head line of an article read ‘PM MANMOHAN SINGH AND AL GORE DISCUSS CLIMETE CHANGE’.A careful reading of the news revealed the prime minister’s deep concern about the issue of global worming.Well, this is good news in a way; climate change is on the very long list of things which Manmohan Singh is concerned about. By the 15nth of April the headline would be like ‘’urgent action required by the government. Study says by the year 20…. UP, BIHAR AND WEST BENGAL would be reduced to deserts.’’

Like cinema earns by selling entertainment, the NGO’s earn by selling fear and tragedy and try to convince people that the situation is really bad and they the only ones who can fix it. Today people are so busy in their own lives that they don’t have the time and energy to dedicate to these issues. But we can’t ignore the fact that Indian economy is booming and so is the bank balance of people which enables them to spend on philanthropy. The NGO’s, realize this fact and have their eyes on the billions donated by the richie-riches of today’s world. As far as creating fear is concerned they have been quite good at it.

The irony is that an issue that should have been the topic of concern in the 80’s and 90’s has been gaining momentum since the past few years and this is all because of the work done by the NGO’s .It’s not that the NGO’s didn’t exist in the 90’s .But they have been able to attract much attention of late because of their changed nature .

The irony is that these NGO’s have started to try gimmicks which suit only the politicians. The 21st century has seen the commercialization of social service organization and this finds a sad reflection in their actions.
These organization work more to hinder the growth of economy. Every time a factory is set up these NGO’s readily perform the ritual of filing a case in the court against it. They may offer a host of reasons for it like concern over cutting of trees or depletion of natural resources. Every time a positive step is taken these NGO’s readily find a defect in it. Once someone from this breed of NGO’s described the carbon credit system as it was just like allowing a person to kill people and relieve him from the guilt by letting him confess in the church.

The statistics given by these NGO’s is always an exaggerated version of the official data. For instance if the official statistics say that 5% of rural India is devoid of potable water according to a study conducted by these NGO’s the figure would be 50%. They end up creating a doomsday scenario. In a situation lake this it would be a noble idea to suggest to people that they use their brain and not get completely influenced by these articles. We must remain well informed but should have the intelligence to separate fact from trash. 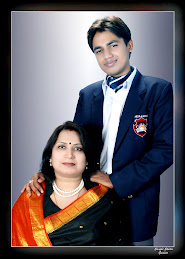 © All posts, pictures, audio and video and any other material appearing on this blog is property of Ranjna Singh and must not be reproduced or copied without her prior approval. Small references may however be made giving appropriate hyperlinks/links to the blog/blog post.